Your Days are Numbered 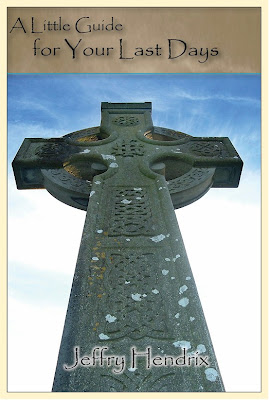 A new book from a personal hero of mine, hopefully reminding each of us that tomorrow is promised to no one . . .but Christ's love is promised to everyone!

From publishers website :Since I was young, I have watched death come: for my grandparents; for a multitude of my church members; for my mother; for my brother; and then for me.

But I was not ready when I knew it was coming for me. I was scared to death the morning of the surgery to open me up to remove my left kidney, ureter, and scrape my bladder. I was not ready. I felt in an instant how much of my precious time on this Earth as a human being had been spent being distracted from the absolute and undeniable fact. I. Will. Die.

It was partly my fault – who wants to think about that? It was mostly the milieu in which I was born, lived, and moved through life: modern popular culture strives during our every waking moment to keep our consciousness from the fact of our mortality. We are distracted to death. Sure: it fills with near-pornographic glee the movies, television dramas, comedies, thrillers, gore fests with other peoples’ deaths, but never does it put death in first person singular.

So at 10:30 a.m. on the morning of April 24, 2008, I had my personal Garden of Gethsemane. I was alone (literally). I was mortally afraid. I was not ready or at peace with the fact that I was moving toward my death, and death was moving toward me.

The surgery was successful, but in December of the same year, cystoscopy showed I had lesions in my bladder, and chemotherapy was prescribed. It was at moment that A Little Guide for Your Last Days began to be written. As much for me as for anyone else who might read it.

I want A Little Guide for Your Last Days to be not only a memento mori – a reminder of your mortality – but a book of lessons for living your life more in keeping with the will of our self-donating, covenant-making, covenant-keeping God. And He is most clearly revealed in Jesus Christ: Father, Son, and Holy Spirit.
Posted by D'artagnan at 8:16 AM

You're too kind, D'Art. Thanks for the nice plug.

You can be sure that with my departed family and friends I keep your folks, Richard and Carol, in my morning intentions. Cheers