.
"No indulgence of passion destroys the spiritual nature so
much as respectable selfishness."
George MacDonald (1824-1905)

"Respectable Selfishness", me thinks, is the perfect label for that oh so typical ailment shared with myself and other well-meaning, fairly decent, "good people". We help out at soup kitchens (if we aren't busy), we donate money to the poor (after we've planned our entertainment budget), we will even drive a friend to the airport (if we happen to be heading that way) . . . .in fact we will pretty much do, or give, anything to anyone . . . as long as it's "convenient".

Me also thinks that "Convenient Charity" could easily be swapped out for "Respectable Selfishness", in the MacDonald quote, for if we give of ourselves only what is surplus, are we truly loving with the sacrificial love of the Son who we say we want to imitate?

"Each of you should look not only to your own interests,
but also to the interests of others"
-- Philippians 2:4

True J.O.Y.
1-Jesus
2-Others
3-Yourself
(thanks to Father Larry) 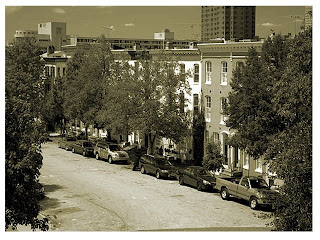 "By faith
Abraham, when called to go to a place he would
later receive as his inheritance,
obeyed and went,
even though
he did not know where he was going."
Hebrews 11:8
.
Posted by D'artagnan at 7:32 AM 1 comment: 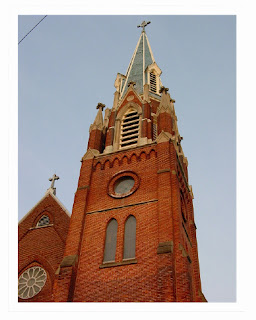 .....The majority of the neighborhood's original settlers were either German or Irish descent. Rivalry between the ethnic groups was intense for newly immigrated to the United States who were not only vying for status within the community but also for the limited number of blue-collar jobs that were available at the time. The Irish were especially close knit and generally did not welcomed anyone but their own into their churches. At the corner of Riverside and Gittings Street stands St. Mary, Star of the Sea, which was built in 1871.

The Irish in the neighborhood established this Parish at atime when the Catholic Church of America was obligated to create new parishes and new orders of priests and teaching nuns as a means of coping with the differences between rival ethnic groups. In the evening, after work, the parishioners would arrive at this site with picks and shovels in-hand to dig the building foundation. Bricklayers, carpenters, and general laborers were then enlisted to deal with the actual construction of the Church. Most of the original interior furnishings (including the marble flooring) came from Europe. The entire project was financed by staging street fairs, carnivals, strawberry festivals and harvest homes. By 1900, the construction debt had been paid in full.

In the 1960's in an effort to stem the tide of decreasing attendance, the Vatican issued an edict for the "modernization" of all Catholic Churches. Adeep division between the younger parishioners of St. Mary's and their elders developed. A furor erupted when most of the beautiful and valuable orginal European furnishings were damaged or removed.

Fortunately, many of the artifacts, inluding the original altar, have recently been recovered and a major interior restoration project at St. Mary's began in 2002. For the first time in nearly 40 years. visitors can view the beautiful marble blue star that was originally installed in the floor of the Church just beyond the main foyer. This installation was meant to compliment the blue beacon installed in the Churches tower, which was lit to welcome home returning Irish sailors. The beacon has long been considered a Baltimore landmark.

.
"We are not only to renounce evil, but to manifest the
truth. We tell people the world is vain; let our lives
manifest that it is so. We tell them that our home is above
and that all these things are transitory. Does our dwelling
look like it? O to live consistent lives!"
J. Hudson Taylor (1832-1905)
.

Posted by D'artagnan at 6:51 AM No comments: 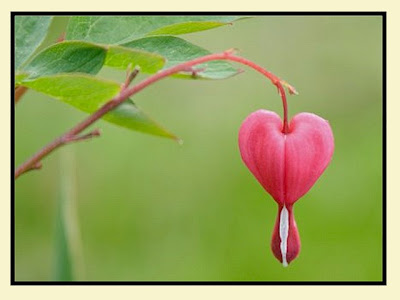 "Anger is the fluid Love bleeds
when you cut it."
C.S. Lewis

who knew that Jack liked Nine Inch Nails (O:
.
Posted by D'artagnan at 7:01 AM No comments: 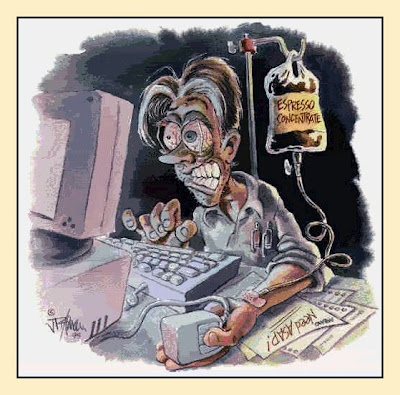 Living in NoVa and trying to find housing in Baltimore
. . .by tomorrow, ugh!
You all are kindly invited to pray . . .pah-lease (O:
.
Posted by D'artagnan at 5:50 AM 3 comments:

The Evil of "God's Plan"

.
"For I know the plans I have for you," declares the Lord, "plans to prosper you and not to harm you, plans to give you hope and a future."

The outcome of the this year's election, and more to the point, the fact that so many "Christians" voted for our own private Chavez, has 'caused me again to ask "what are they teaching in churches these days?".

I realized it is only what they are "not" teaching, or actually what they are afraid of teachings. Churches (and pastors) , me thinks, seem to be suffering from a form of people pleasing insecurity. Worried a little too much about numbers of filled seats more than the book of Numbers, all the while turning hard Truthes into empty cliches' to pasteurize their flock, teaching half-verses without the full-meanings.

One such truth, that is used to the point of blasphemy, is that of the Christian-ese platitude "God has a 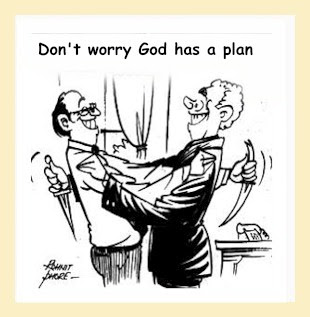 plan".This of course is true, and I know in all things evil our God can bring good, it is just the turning of this truth into a powerless bromide that I am really a bit frustrated with.

It is of course fine to tactfully speak of God's plan to a grieving widow, but not so much if you happen to be the drunk driver who caused the senseless death. It is O.K. to console an unemployed friend with the truth of a brighter future, but maybe not so great to hear it spoken by the boss as he fires you. Could you imagine the rapist telling the victim "Don't worry, God has a plan", and yet I feel too many do use this truth a wee bit too often as an easy excuse while in the act of harming another.

A dear friend's wife recently wrote "Don't worry, I know God has a plan" in a note he found on the kitchen fridge, when she left him and their children, to go off and '"find herself". Did her church even teach that her goal isn't self awareness, but Christ awareness (which leads us to our true self) ?

It is true that God can bring Good outta bad, but that doesn't give us free reign to commit a bad, in the distorted knowledge that God will clean up our mistake. If you are speaking of the Almighty's desire for your life, while actually following your own agendas and goals, are you not in fact making yourself your own god?(granted, this does seem to be the modern American way)

If we are to try to be as lil Christs, than we must first take the bad unto ourselves rather than inflict it, to "plan to prosper our neighbor and not harm them, to give them hope and not take away their future".
.
Posted by D'artagnan at 7:26 AM 2 comments:

Why most shrinks hate the Bible

.
"Therefore do not worry about tomorrow,
for tomorrow will worry about itself.
Each day has enough trouble of its own."
Matthew 6:34
.
Posted by D'artagnan at 8:36 AM No comments: 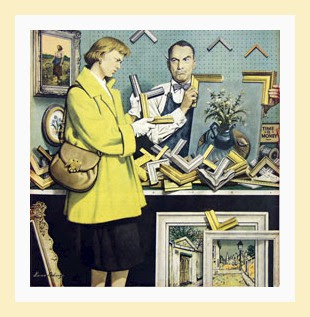 What part of All didn't you understand? 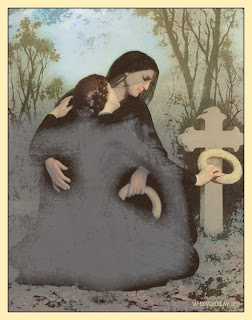 As we observe All Souls Day, I was reminded how easy I pray for those asleep in Christ who I love, or who are loved by those I love, but so very often I ignore the souls of those I may not have liked all that much. I again realized that God, on most days, doesn't really like me very much (in the choices/actions I make), but that doesn't stop Him from loving me, nor does it stop Our Lady from praying for me.

I have talked to priests who daily pray for Martin Luther and other heritics, relatives who pray for their child's murderer, and even rape victims who pray for their rapist . . . and yet I forget to pray for the guy who just cut me off in traffic. I truly believe the Saints in heaven pray more over those committing evil, than need pray over blessed Aunt Tootie.

pray for me too please, hopeless sinner that I am.
.
Posted by D'artagnan at 8:16 AM 1 comment:

Read into it what ya want 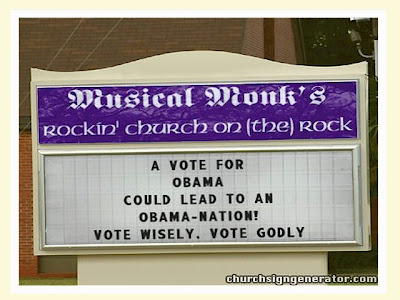 Posted by D'artagnan at 7:51 AM No comments: