Posted by D'artagnan at 9:43 AM No comments:

Merry Christmas!
.
Posted by D'artagnan at 5:05 AM No comments:

Deliver us from the ACLU 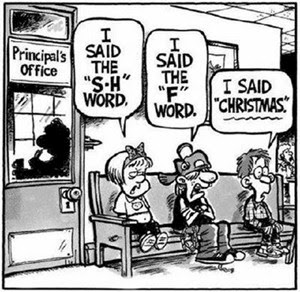 Posted by D'artagnan at 9:42 AM No comments:

The Humility of Christ / the Arrogance of Man

.
Christmas pondering : If we can believe that God could and would humble himself to become a man, than why do some deny that He also becomes our daily bread in the Eucharist? For in my experience man is far more closely related to baked wheat, than he is to a deity (O:
.
Posted by D'artagnan at 6:37 AM No comments:

The Case for Girls

.
The current issue of Fast Company has an interesting article which, unintentionally or not, helps to demonstrate just how anti-women "consumer eugenics" is.

"It may not be surprising that there's a lingering preference for baby boys over baby girls worldwide. What's alarming, however, is that this global inclination is manifesting more strongly than ever. Historically, when nature is allowed to determine sex all on its own, about 105 boys are born for every 100 girls (and because women live longer, the ratio of people on the planet evens out over time, even tilting slightly toward females). But the balance of nature has shifted in Asia, thanks to wider availability of affordable ultrasound equipment, which detects gender as early as 15 weeks, and widespread abortion. In China, after 30-plus years of the country's One Child Policy, the ratio of boys to girls is a highly unnatural 120:100 (it's even reached 150:100 in one province). In India, 109 boys are born for every 100 girls. Demographers calculate that roughly 160 million Asian females have gone what they euphemistically categorize as "missing." There's growing evidence that this pattern of sex selection is being followed in Eastern Europe and the former Soviet Union, and similar trends seem likely in Africa and the Middle East. "
.
Posted by D'artagnan at 6:36 AM No comments:

Know them by their fruits indeed

.
As our economy dies along with our morality, it is good to see that another way Protestantism has helped in this is to re-read Pope Paul VI's encyclical "Humanae Vitae"

"Another effect that gives cause for alarm is that a man who grows accustomed to the use of contraceptive methods may forget the reverence due to a woman, and, disregarding her physical and emotional equilibrium, reduce her to being a mere instrument for the satisfaction of his own desires, no longer considering her as his partner whom he should surround with care and affection."

Sadly, almost ever Protestant denomination followed the Anglican lead in the notion that somehow artificial birth control is a right, instead of a direct middle finger to God's will (pun intended). Just as early in the 20th Century they turned their back on Christ's forbidding of divorce, they also rejected God's desire for human procreation (and the signs are clear that most sects will also accept Homosexuality and Abortion within the next 25 years).

Only one Church follows faithfully (and with real authority) Christ's teaching today, as it did yesterday, as it will tomorrow.
.

Posted by D'artagnan at 5:22 AM No comments:

Alexander Solzhenitsyn on the Culture of Death

.
"that the spirit that unites communism
and decadent materialism in the West
is this secular fundamentalist materialism,
this atheism at the root of politics
and the root of society
and how that leads ultimately
to a culture of death."

St Irenaeus on Eve and Mary

.
John Michael Talbot had this posted over at his page, and thought it more than worthy of re-posting.

A treatise against the heresies, by St Irenaeus

The Lord, coming into his own creation in visible form, was sustained by his own creation which he himself sustains in being. His obedience on the tree of the cross reversed the disobedience at the tree in Eden; the good news of the truth announced by an angel to Mary, a virgin subject to a husband, undid the evil lie that seduced Eve, ...a virgin espoused to a husband.

Christ gathered all things into one, by gathering them into himself. He declared war against our enemy, crushed him who at the beginning had taken us captive in Adam, and trampled on his head, in accordance with God’s words to the serpent in Genesis: I will put enmity between you and the woman, and between your seed and her seed; he shall lie in wait for your head, and you shall lie in wait for his heel.

The one lying in wait for the serpent’s head is the one who was born in the likeness of Adam from the woman, the Virgin. This is the seed spoken of by Paul in the letter to the Galatians: The law of works was in force until the seed should come to whom the- promise was made.

He shows this even more clearly in the same letter when he says: When the fullness of time had come, God sent his Son, born of a woman. The enemy would not have been defeated fairly if his vanquisher had not been born of a woman, because it was through a woman that he had gained mastery over man in the beginning, and set himself up as man’s adversary.

That is why the Lord proclaims himself the Son of Man, the one who renews in himself that first man from whom the race born of woman was formed; as by a man’s defeat our race fell into the bondage of death, so by a man’s victory we were to rise again to life.
.
Posted by D'artagnan at 8:31 AM No comments:

.
Humanity : If you are a loving God than why is there War and Disease?

God: I keep sending you Peacemakers and Doctors and Scientists,
but you keep aborting them !
.
Posted by D'artagnan at 7:12 AM No comments:

.
One of the saddest things about anti-Catholics
is that you too often find them
next to you at Mass
.
Posted by D'artagnan at 9:09 AM No comments:

Path of Most Resistance 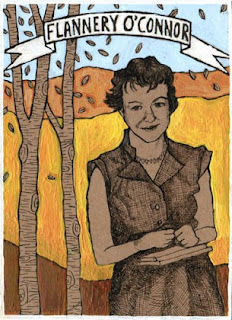 "All human nature
vigorously resists grace
because grace changes us
and the change is painful."
Flannery O'Connor
.
Posted by D'artagnan at 1:12 PM No comments: