.
"Jesus, I think we should just be friends"

"I don't want religion, but relationship"

Seeing that the word religion actually means "to bind", it's as if this new bumper sticker theology is saying to our Lord 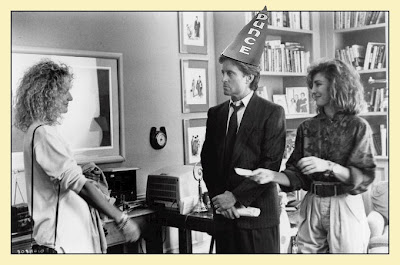 Having a spinal tap does not generally lead to a restful sleep , so I caught a lot of bad TV while flippin' channels at 4 in the morning. Catching an Anne Archer scene from Fatal Attraction, I was reminded of one of the reasons I didn't like that film when I originally saw it in the theater . . . that Michael Douglas would choose Glenn Close over her was ridiculous !!!

Archer's character was not only absolutely stunning, but also warm and loving and faithful and true . . .and Stable!

Close's character, while not being particularly pretty, was flashy and trendy and very very easy . . .but not exactly stable.

. . . .sadly those that fall for the easy morality of the world or the flashy and trendy mega-church down the street, are putting there soul in the pot instead of a bunny.
.
Posted by D'artagnan at 6:13 AM No comments: 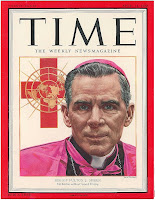 "This is in keeping with the very nature of love,
which may be defined as a mutual self-giving
which ends in self-recovery.

All love must be a giving,
for without a giving there is not goodness;
without self-outpouring there is no love.
In marriage, love is first a mutual self-giving
for love's greatest joy
is to gird its loins and serve."
Archbishop Fulton Sheen
.

Posted by D'artagnan at 7:53 AM No comments:

I Need a New

.
I Need a new Auto Mechanic,
'cause mine says I can't use tap water instead of gasoline

I Need a new Boss, mine says he expects me to do work in return for my paycheck

I need a new Doctor, cause my current one says if I want my hands to stop hurting
I must stop hitting them with a hammer

I Need new Neighbors, cause mine seem annoyed by my parking my car in their living room

I need a new wife, 'cause mine says I have to live in the same house and only make love to her

I need a new Church, 'cause mine says I can't divorce my wife,

.
Didn't somebody tell Rick Sanchez that if ya wanna get ahead in the news biz you insult Christians or the Pope
. . .just ask Joy Behar (O:
.

Posted by D'artagnan at 1:43 PM No comments: