.
In today's reading a blind man, Bartimaeus, is rebuked by fellow members of the crowd who were also waiting outside Jericho to meet Jesus.

I wondered who I most represented in this story.
Was I the blind man painfully aware of my need for Christ, or am I more like the crowd who tried to silence him out of embarrassment for upsetting their fragile status quo?

Who are you in this story? Are you aware of your blindness and not ashamed to admit that, or are you a person quick to silence a friend speaking the Truth so that no one might realize you are one of those "Christians"?

Is there a person in your life who could "see" if only you weren't rebuking them with your silence? Who could be healed if only you helped raise their hand to touch His garmet?

Jesus said to him in reply,
"What do you want me to do for you?"
The blind man replied to him,
"Master, I want to see."
Jesus told him,
"Go your way; your faith has saved you."
Immediately he received his sight
and followed him on the way.

Posted by D'artagnan at 7:43 AM No comments:

.
This tune by Christian band MuteMath conveys quite well that nagging feeling so many seeking Christians feel before they discover the fullness of Faith in the Catholic Church.

Also the unique way the video was shot helps demonstrates how many of us discover this truth - by retracing the steps, and history, of the church - by going backwards to the beginning and discovering that we indeed belong to the church Christ started (Matthew 16:18) (O:
.

.
If our Abortion Prez
deserves a medal for peace,
Michael Moore deserves to win
the Mr. Universe.
.
Posted by D'artagnan at 5:21 PM 1 comment: 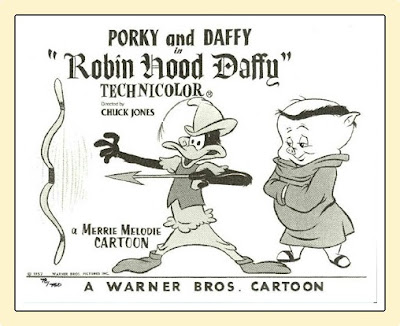 One of my favorite lines in any movie (O:
Posted by D'artagnan at 6:57 AM No comments:

As a Conservative working in the art world I was more than a bit the stranger in a strangeland, but I wasn't given true alien status until I became a Christian nine years ago. The difference was that arguing on politics was fun, especially when you always win the debate (not very difficult, as conservative ideals are based more on logic and reason; where liberal ideology is predominately about trends and emotions).

As a Christian, it was no longer my ideals being spat on, but my God, my Savior, my friend, my most perfect Love. Saddened also by the knowledge that the One they were denying, or worse hating, was the very One who loved them too, and to the point of death. I no longer wished to argue, but just point as best I could to the Love they weren't seeing (sadly, it took me a while to realized that I was to be that Love to them). I can honestly say I have never felt more alone, more isolated, then in those early months living in what I felt was enemy territory (the left seems to pick and choose who they're "tolerant" of).

One of the early reminders that I wasn't alone, was when I would spot an Ichthus (Christian fish) on a car or children filled minivan. My heart would light up every time I saw one, and it became a bit of a game to try to spot them (more likely in the 'burbs, than downtown DC). I happily placed one on my car, as to be another one "crying out in the desert" that we are one family, and one body of Christ, and that to say "you're not alone" to any other Christian feeling a bit the outcast.

The happiness I would feel at spotting an Ichthys, was countered by the sadness I would/do feel when I see a Darwin emblem. When I see a "fish", that symbol of the early persecuted church, I see a bold sign of love and courage; but the Darwin sticker is only a mockery full of spite and malice, and is a sign of anything but love. Rare is it to even find someone sporting it who can actually give you a clear defense of Evolution Theory (a "theory" I, nor the Church, denies), but who will rattle on ignorantly on why God isn't God. Even more rare is it to find one who is entrusting the late Charles Darwin with their immortal soul, as us wacky Christians trust ours to Jesus.

I honestly never get mad, the desired effect of those with the walking fish stickers, but truly do get a tad glum, as I only see it as a bitter child kicking and screaming in their loving Father's arms, not yet aware of the joy of just letting go of their pride and anger, and embracing the only true and perfect Love.

I did have the pleasure once of scraping a Darwin sticker off a atheist friends car, not because she became a Christian (although I am a prayin'), but that she understood the hate it represented, and not because I argued, but because she also understood how heavy-hearted the symbol made me.

"I in them and you in me.
May they be brought to complete unity
to let the world know that you sent me
and have loved them even as you have loved me."
John 17

The other day I finally finished watching the A&E mini-series "God or the Girl", a reality show about four twenty something young men who were discerning the priesthood. I only decided to watch it, after I saw the DVD for sale in my latest Ignatius Press catalog, which allowed me to assume it would at least be respectful of the church.

Naturally I objected to the title, in that it implied that if you chose married life over the celibacy, you somehow lose God, or worse, that He comes in second place. That aside, I did enjoy watching the show, and even a few times caught myself weeping in joy at the sight of Christianity honestly portrayed on secular television. The fact that my "favorite" of the four, was from the DC area, was also a plus.

The other kid I was rooting for, Dan, was described as this "on fire" Catholic man, and for the most of the five episodes, that is who we saw. The sad part came in a scene where he is confronted by a Bible thumpin' Evangelical, and our fiery Catholic hero is instead silent, lacking any good argument (witness) for his own faith. As an armchair quarterback (and both a salesman and a Catholic convert), I of course could have scored a touchdown, or at least gotten pretty darn close.

After all my study and personal experience, I know where the Protestants are wrong, and why the Church is "the Church", but that scene of ball dropping, has left me wondering if many cradle Catholics could, under the same circumstance, defend their faith. I also realized that most non-Catholics have a lot of misinformation, and have sadly gotten it from Catholics who don't understand, or much care about, their own faith. In all honesty, it has only been in the last few years, that I myself, have met any substantial number of "Christian" Catholics (and I am happy to say, they, we, are everywhere! and growing in faith and number).

Yesterday, a friend actually said to me that Catholics weren't Christian, and if he would have taken the stance that most calling themselves "catholic", were using the term as a cultural or ethnic identity, similar to a Jewish atheist who still calls himself a Jew (but has never been in a temple), I may have agreed on that point. But to say that a devout Catholic is not a Christian actually shows ignorance on a profound level.

If the definition of Christian is "follower of Christ", than it would actually mean that Protestants were in fact not Christian, regardless of how devout they appear to be. Following Christ means following His teaching, and since He instituted/taught the Sacraments, that the Evangelicals constantly reject or deny (mostly out of Catholi-phobia), then we can conclude that they can not in truth, call themselves Christian.

I am not saying this keeps anyone out of heaven, as God alone knows the number of His children. I am saying that both camps (myself included) are guilty, to some degree, of an ignorance and pride, that is beneficial to Satan alone.

Catholic means universal/one,
so let us all strive for that, in Jesus' holy name!
Amen!
Posted by D'artagnan at 6:44 AM 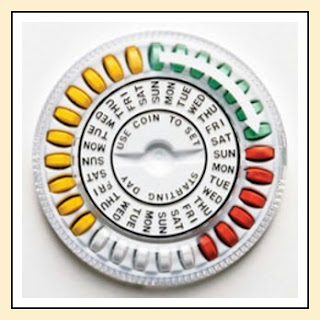 Many folks wonder if Islam will be the dominant religion by the end of this century, especially due to it's spread in Europe.

The odd thing is that most people attribute it to conversion (forced or chosen), but the truth is that Muslims are just having more children.

Granted, our selfish culture is infecting them as well, so that their birthrates are also dropping, but still higher than ours.

and the winner is

Posted by D'artagnan at 4:28 PM No comments: